iMacsoft PSP Video Converter for Mac is a powerful Mac Video to PSP Converter and PSP MP4 Converter designed just for Mac OS X, which can convert your favorite audios and videos for your Sony PSP or PS3!

iMacsoft PSP Video Converter for Mac has strong function of editing options, such as movie trimming, video and audio encoder settings, batch conversion and so on. The conversion will be finished in a few clicks, then you can put the converted video and audio files onto your Sony PSP to enjoy anywhere and anytime. 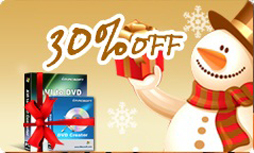